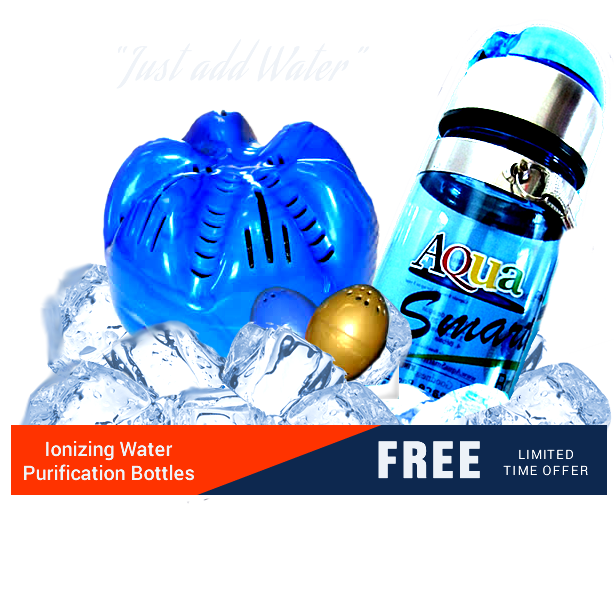 We Sincerely Welcome you to Enjoy as so many Families all over the world have, as a Healthier, Safer, Cleaner, Less Expensive and more Effective way to 'Purify Water' without having to use Chlorine, Chemicals or devices that require Electricity, Plumbing or Maintenance. You'll also enjoy how AquaSmarter and our Customers are Helping Families in Africa, who thanks to you now have Clean, Safe Potable Water – www.MiracleEGG.com

A large portion of the Ions produced by the AquaSmarter Ionization Technology also saturates Filters that contain silica and which, due to its enormous surface constitutes an additional determination facility and prevents formation of bacterial and viral colonies. Together with the water passing through these types of filters, a number of ions arrive to the basin, where they propagate their Anti-Bacterial and Algaecidal Efficiency.

Several studies conducted at NASA and several Major Universities University of Pittsburgh have proven the high effectiveness of copper and silver ions. Once released into water, these cations with their active surfaces act as powerful and natural disinfecting agents. Within just fractions of a second, the positively charged copper and silver ions form electrostatic bonds with the negatively charged areas of the micro-organisms' cell membranes. This process alters the permeability of their cell walls to that effect that the nutrient intake (photosynthesis) of the micro-organisms is impaired.

Once copper and silver penetrate a cell, they attack the sulphur-based amino acids in the cell proteins required by the cell for photosynthesis. As a result, photosynthesis becomes impossible, and the cell becomes inactive.

It has already been known for many centuries, that silver destroys bacteria and viruses, even Viruses which are Resistant to Chlorine. Silver sulphate is frequently used in the antibacterial treatment of burns and open wounds and is even used to protect newborns. As is known by a variety of publications, silver ions sustainably strengthen the immune system of the human organism.

As a trace element, copper plays a vital role in human metabolism. Copper is essential to the activity of many proteins and enzymes. It promotes the formation of skin pigments and has important functions in bone metabolism and in the central nervous system. As the body is not itself capable of producing copper, it must obtain copper from nutrients (such as vegetables, whole-meal bread, nuts and oats). The maximum permissible value of copper specified by the German drinking water regulations is 2 mg/l. Thanks to the AquaSmarter Ionization technology, we provide perfect water with copper levels of 0,2 mg/l. Most of the "classical electrode based ionization equipment needs copper levels of 0,5 - 0,7 mg/l to achieve acceptable results. The electrodes are not precise, very sensitive for calcium deposits and need a lot of maintenance.

The most important advantage of copper and silver ion Technology is however, that they achieve a highly efficient steady effect in water and hence provide sustained protection by disinfecting the water without the use of any toxins over a lengthy period of time. Even after the filter system has been switched off, this depot effect lasts for more than 2 weeks. Thus, there is no need for repetitive monitoring and readjustments requiring attendance. 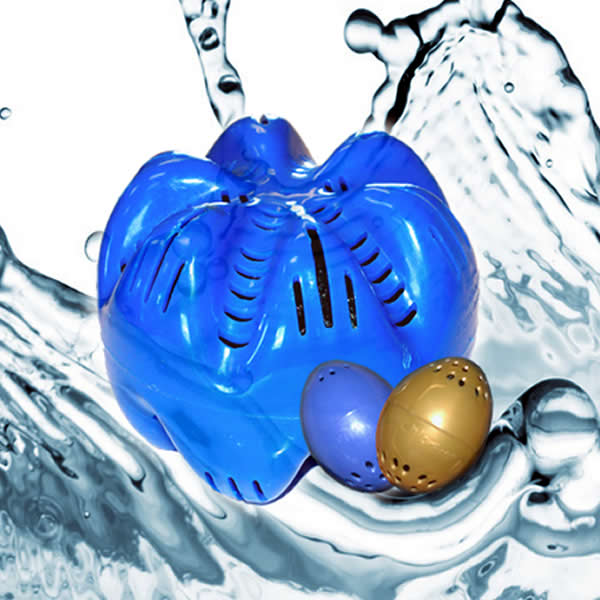 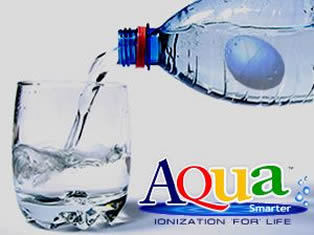 "Our cook told me that her husband was having kidney problems. He was suffering from severe kidney pain. Doctors told him it could be kidney stones. Thank God, in those days a man who was passing through gave me one of AquaSmarter's ionizing capsules. Unaware of the illness the cook's husband was suffering from, the man told me how the ionized water, which the capsules produce, had been used successfully to help with kidney stones. So I gave the capsule to the cook so that her husband would begin to drink the ionized water at once. Several days afterward, the cook told me that before her husband had started taking ionized water, his urine had a very dark color. However, as he drank the ionized water, the color of his urine became clearer. Finally, on several occasions that he went to the bathroom, the urine came out with a milky color. Once, he thought he saw a fine sediment in the bottom of the toilet after urinating. The total process lasted about 20 days or more, but in the end, the man never again had problems with his kidneys. God Bless you,"
Adrian Michaud, GMl Drake Bay Wilderness Resort, Costa Rica 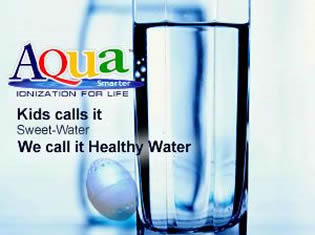 Our experience has been very good

"Our experience has been very good, the water tastes totally different. By the way,I was walking with like a kidney pain and as soon as 2 days after drinking the AquaSmarter water it went away and has not returned since several months. I am in favor of a life without chemicals and I congratulate you for this great achievement. A thousand thanks,"
Grettel 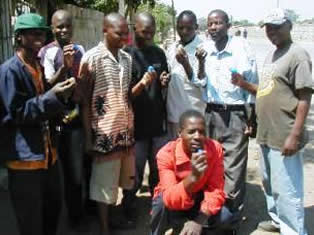 "I want to let you know that your water eggs continue to amaze people here and in other towns. I have requests from different towns close to here. So far I did managed to travel with 2 boxes of your miracle eggs to Kadoma and the people there are very thankful. If the Lord provides me with money to travel, I will fill the whole country of Zimbabwe with your eggs. May the Lord bless you for your willingness to share with others. Your eggs are really helping many people here. God bless you." 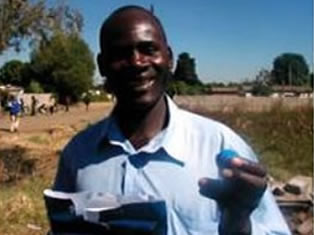 Thank God for the eggs

"My name is Pastor Henry Zihove. I want to thank God for the eggs we received from my friend Moses Thomas. These eggs came to me at the right time when we were really in need of clean drinking water. When Moses Thomas (photo below) blessed me with these eggs, it really didn't make sense to me until I we used them to clean our water. A number of people were crying with stomach pains from drinking dirty water."
Pastor Henry Zihove 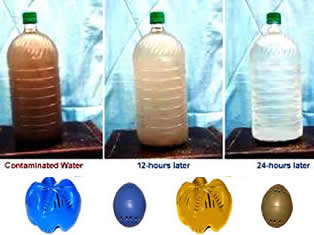 I want to say thank you

"Greetings to you Carmen! I want to say thank you for the new water balls, they are helping us a lot. I'm sure you understand the water problem we are having here whereby the gvt has run out foreign currency to buy the water treatments that's why the are rationing the little they treat though at times it comes dirty. I pray that God may bless you for your generosity. I will surely send you more pictures of the one's I have also blessed with the water balls. Pass my love to; I pray for you friends as well day by day that God enlarge your territories. Thank you for being a blessing. I look forward to hear from you as well."
Moses Thomas 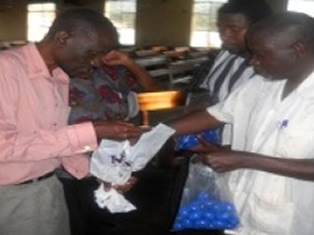 "I want to thank you for these miracle eggs you give to us. I tell you many are very thankful. One of the Pastors from my neighborhood came to me to tell me that his kids used to cry a lot with stomach pains but now it's no more because of the clean water. Bless you for that. I also pray that one day we may meet in person and share this message with you in person on how those miracle eggs are affecting lives here. God bless you."
Moses Thomas

How To English Version

Also Visit our Other Products and Services at: www.InValTec.com
For Distributor, Retail or other Interests, please contact: smvphd@invaltec.com

Thank you for Choosing AquaSmarter...